Releasing beavers back to the wild is the fun part

We spend a lot of time looking for optimal beaver release locations for the Tulalip Tribes to utilize when releasing.  Criteria that makes a potential site optimal includes the amount of food available, potential for beavers to convert the site into a beaver pond, and distance away from people and infrastructure. The chosen release sites all have a good amount of food, perennial stream flow with high potential for pond formation with dam building, and are sited far from infrastructure. We monitor the site for 1-2 years prior to relocation. Monitoring includes collection of flow and water temperature measurements, vegetation surveys, and groundwater characterization. Prior to the release, a temporary lodge is constructed out of sticks to release the beavers into. While it is unlikely that they will stay there for long, the lodge provides them with initial protection while they get used to the site. After release, Beavers Northwest monitors how the beavers are doing using wildlife cameras.

A kit climbing into the lodge at the husbandry facility 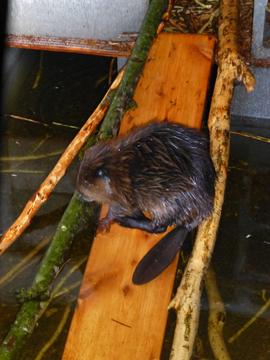 Beavers get weighed when they arrive at our facility. This female weighed 37 pounds.

Beavers are held at our animal husbandry facility

We can't capture the entire family in one night of trapping, so we keep the animals that we have trapped at the Tulalip Tribes' husbandry facility until we get the rest of the family members. Some sites where we trap only have a single beaver present. In this case, we pair up single males and females by providing a beaver dating service. Each holding area has two cinder block lodges in it. To test whether the male-female pair like each other, we put them into the holding area and keep an eye on what happens. If, after a day or two, the beavers are sleeping in separate lodges, we know they aren't very interested in each other, so we match them up with other beavers. However, if the beavers are sleeping in the same lodge after a day, we know that that they think fondly of each other and we relocate them together.

How the project works 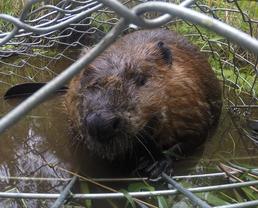 The Sky Beaver Project focuses on exploring how beavers can be used as restoration tools to increase the health of streams. Through their dam building activities, beavers offer streams a number of benefits such as creating larger numbers and types of habitats for mammals, fish, amphibians, and birds. Beaver ponds also slow down erosive flood waters, improve water quality, and recharge groundwater. The Sky Beaver Project is examining how beaver activity in mountain stream areas can reduce the impacts of climate change after the Tulalip Tribes relocate the beavers to these areas. 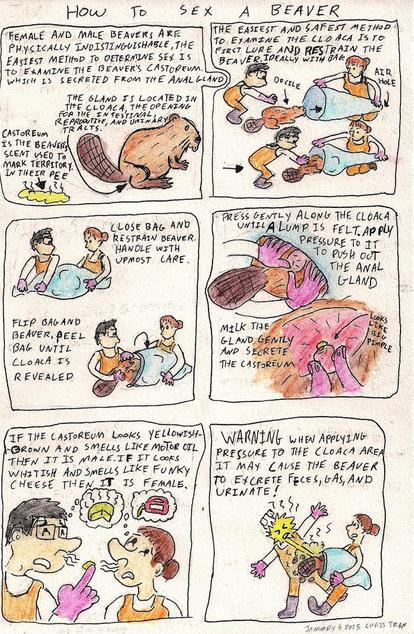 How do you figure out if a beavers is male or female?

​Unfortunately, it's not as easy as flipping a beaver over. Beavers don't have external sex organs, so the process is...interesting. Check out this infographic, courtesy of Chris Tran.

How To Determine the Sex of a Beaver

Sometimes you have to give them a little help

Releasing a family into the temporary lodge 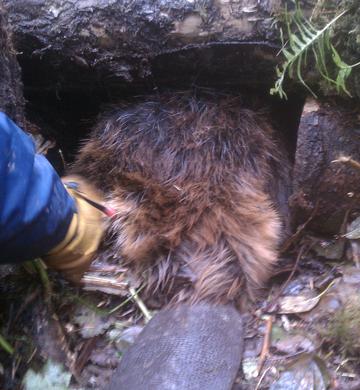 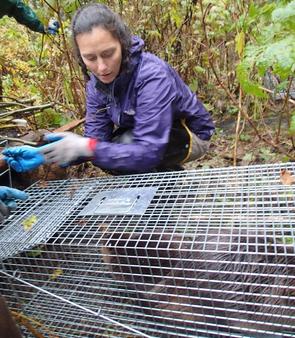 A mom and kit in a lodge at the husbandry facility 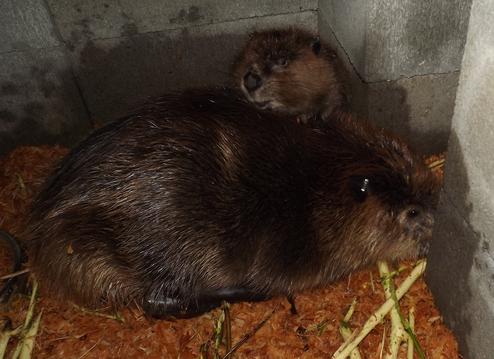 Nuisance beavers are captured in the lowlands

Beavers offer many environmental benefits. As such, Beavers Northwest tries to advocate non-lethal management by reducing conflict with landowners by installing pond leveling devices and exclusion devices. However, in some cases, it is not possible to manage beavers onsite non-lethally, so we utilize these beavers for the Sky Beaver Project. We place traps throughout the colony and try to make sure that we capture the entire family if possible.

Beavers are very territorial and patrol their wetland complex every night to make sure all of the dams are looking good. They mark their territory with a scent and are very curious about new smells in their area. To lure the beavers in, we put a super smelly liquid on our traps. Beavers can smell it from very far away and come over to check it out. When they come up to the trap for a sniff, the trap springs. We set our traps at sunset and come and check them each morning. 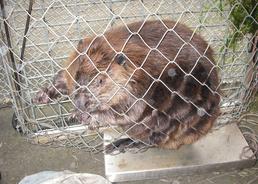 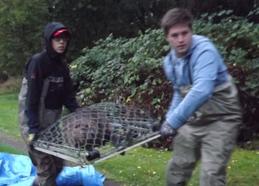