Veronica Owen graduated from the University of Washington in 2018 with a degree in Environmental Science and a minor in English. Veronica’s capstone thesis, titled “The Impacts of Beaver Dams on the Macroinvertebrate Biodiversity and Stream Health,” allowed her to spend time exploring beaver dams and ponds in the Methow Valley. She loves to spend her time in wetlands as well as most bodies of water and hopes to continue her education and experience in those ecosystems! In continuing to spend her time outdoors, Veronica competitively sailed in college and remains an active member of the Seattle sailing community. She loves to travel the world and see everything there is to offer!

Jake has 18 years of experience working in natural resource management, including salmon habitat protection and recovery, and water quality improvement. In 1998, he established a successful Beaverworks Management Program within Snohomish County Public Works. By the time he retired (2010), he had installed over 90 flow devices around the county, and provided technical advice to multiple agencies. He also conducted beaver browse control experiments, and measured browse impacts at restoration sites. In addition, he gave frequent workshops to natural resource professionals and public works staff throughout the northwest on methods and techniques for successful beaverworks management, and was a quest speaker to homeowner’s associations and in public meetings. Previous employers include NOAA Fisheries, Adopt-A-Stream Foundation, and Snohomish County. Former Certified Fisheries Professional, American Fisheries Society. BS  Environmental Studies, WWU, Bellingham, WA - 1993

He now spends his time fishing as much as he can.

Elyssa Kerr graduated from the University of Washington in 2014. She then joined the Washington Conservation Corps with King County where she served a year on a field crew and a year as a logistics manager for four WCC crews. After planting trees, hacking away at blackberry, and playing in the mud, she developed an appreciation for the occasional beaver dam modification projects that came her way.  Upon completion of her AmeriCorps term, she escaped the dreary Seattle winter, spending 4 months working as a Restoration Assistant with the Maui Forest Bird Recovery Project. Back in the PNW, she is splitting her time working as an environmental educator for several organizations and managing beaver conflict sites. She is excited to jump into her waders and get exploring. She can often be found at Puget Sound beaches at low tide, playing in the garden or snuggling with her cat, Elon Meowsk.

Ben Jensen graduated from the University of Washington in 2017 with a B.S. in Environmental Science and Terrestrial Resource Management. During his time at UW, Ben interned with the Hood Canal Salmon Enhancement Group to monitor an estuary restoration site and completed a lowland forest restoration project on Mercer Island for his senior capstone. Ben joined Beavers Northwest after spending a summer as a fisheries technician for the Forest Service where he worked on a Skagit River Steelhead research project, primarily in PIT tag telemetry. He is interested in watershed scale
restoration (beavers included) to conserve pacific salmon and native trout, especially in the face of climate change. In his spare time, he enjoys hiking and backpacking, snowboarding, cycling, and cooking. 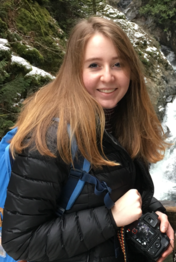 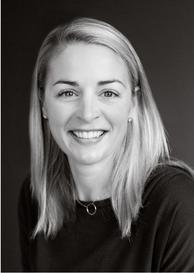 Co-founder Mike Rustay is an ecologist who has worked toward salmon recovery in Puget Sound and the Pacific Northwest since 1997. In addition to years of experience collecting, analyzing and reporting salmon habitat and watershed data for the purpose of furthering salmon recovery, he has assessed and addressed beaver conflicts for most of the last 15 years. Working with private landowners, homeowner associations and agency personnel, he has installed and maintained numerous beaver devices to protect property and public infrastructure from flooding under a range of challenging conditions. Mike firmly believes that promoting beavers on the landscape is an important step to restoring the natural processes necessary to improve hydrology, and recover salmon stocks in the Northwest. He has a  BS in Environmental Science and Regional Planning from Washington State University and a certificate in Geographic Information Systems from University of Washington.

Ben Dittbrenner is a co-founder of Beavers Northwest; he has been the organization’s Executive Director since inception. Ben holds an MS in Biodiversity, Conservation, and Policy from the University at Albany, and BS degrees in Biology, and Environmental Science and Conservation from the University of Wisconsin, Milwaukee. He currently is a PhD candidate in Aquatic Ecology at the University of Washington, School of Environmental and Forest Sciences. His research there focuses on exploring non-traditional approaches to promote habitat enhancement and maintenance, increase ecosystem resilience, and reduced effects of climate change on riparian systems at multiple scales. He co-manages the Sky Beaver Project, which seeks to relocate beavers from areas where human-beaver conflicts would normally result in euthanization of the beaver to headwater riparian systems. The project assess how beaver dams and networks of beaver dams modify measures of stream water quantity and timing, such as residence time, base flow, hyporheic lateral flow, and stream temperature. ​Ben has managed beavers and worked with landowners to reduce conflict in a number of capacities for over 10 years. He is passionate about environmental education, creating opportunities for emerging ecologists, and providing landowners with realistic options to enable them to coexist with wildlife. 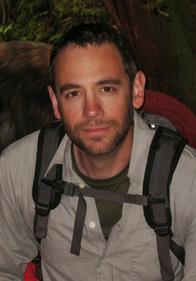 To advocate for the many benefits beavers provide through research, outreach,

Abby Hook received her MPA and MSc in Hydrology from the University of Washington. After spending 10 years working for Tulalip Tribes in the Treaty Rights Office, Abby founded Hook Environmental, a small consultancy focused on adaptive management frameworks, facilitation, and environmental protection approaches that optimize benefits to the environment, economic development and human well being. Abby’s strong interest in finding creative solutions led her to develop the vision for beaver restoration in the Skykomish in 2012. In her spare time, Abby enjoys reading, gardening, and skiing.

Jennifer (Jen) Vanderhoof graduated with a degree in Wildlife Biology from Kansas State University in 1992 and has been working as a biologist in some form ever since. Since 1999, she's been at King County working as an Ecologist in the Department of Natural Resources and Parks' Science Section. Previous employers have been the City of Seattle, where she was a biologist on the Cedar River Watershed, The Nature Conservancy of Georgia, where she worked on Red-cockaded Woodpecker projects, Oregon State University working on Spotted Owl projects in southwest Oregon, and as a fisheries observer for three winters in Alaska. Jen's current work at the County spans wide-ranging topics including beaver management, wildlife-related policy, climate change, riparian and wetland restoration, and a shoreline restoration project. In her free time, she is underwater as much as possible, and she has a (very) small business that features her underwater photography/art. She also occasionally blogs about her underwater exploits and escapades at seajen.com.
​ 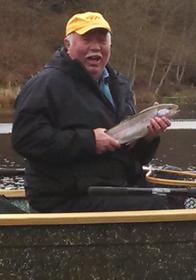 ​Shawn Behling is a broadly-trained plant physiologist finishing her PhD in the School of Environmental and Forest Resources at the University of Washington.  She holds a MS in Plant Physiology from the University of Maryland and BS degrees in Biology and English from Seattle University.  Shawn's current research focuses on community plant dynamics in low-light environments such as the Olympic Peninsula and how light can alter the patterns of growth in conifers as well as herbaceous species.  Her past research interests led her to research intercropping in Mozambique and work as a forestry fellow with the Smithsonian Conservation Biology Institute.   Shawn loves nothing more than teaching others environmental science and has led over 80 field trips for the Biology department, is a docent for the UW greenhouse and has taught multiple field courses in the Peruvian Amazon.  Her hobbies include silversmithing, painting and scuba diving.

Dana Needelman graduated from the University of Washington in 2017. Dana’s honors research project through the department of Biological Anthropology is titled “When Monkeys Push Your Buttons: Using GIS to Map Human-Macaque Conflict in Singapore”, which she is in the process of publishing. Having interned as a community outreach intern at the National Park Service and as an environmental policy intern at Pacific Northwest Economic Region, Dana has engaged with legislators, senators, and community members about environmental issues. Dana’s love and appreciation for the outdoors and the wildlife that lives in it has brought her to working at REI in the footwear department, as well as hosting and teaching classes through the Outdoor School at REI. She is ecstatic about getting to work hands on with beavers in the PNW! When not watching Planet Earth 2, Dana can be found hiking and backpacking, painting, cooking and exploring the greater Seattle area.

Samantha Everett has a Masters degree in Library Science and currently works for the King County Library System.  Her love of beavers started twenty years ago in college in Maine where she discovered an active beaver pond.  Upon returning home to the Pacific Northwest she saw a beaver roadkill next to the Duwamish River and has been hooked on local beavers ever since.  In 2015 she spent time researching active beaver colonies within the City of Seattle using Google Earth and onsite scouting. She compiled a document with details about each site gained from contacting local organizations such as Friends groups and local government organizations.  In her free time she attended the 2017 State of the Beaver Conference in Oregon to learn more about beavers and in 2016 the Beaver Ecology Weekend in the Methow Valley to learn more about their beaver project.  She can often be found walking along the waterfront or dragging her friends to watch active beavers at dusk at Yesler Swamp. 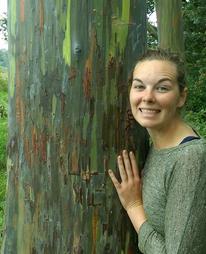 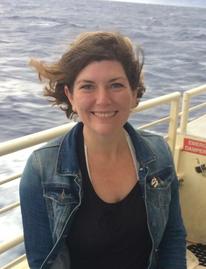 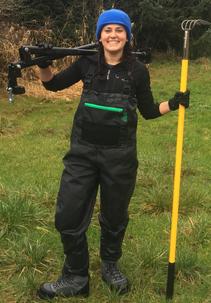 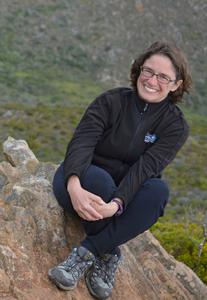 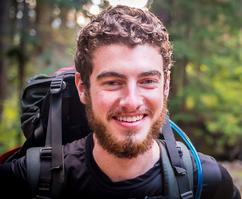 Morgan Krueger will be graduating in March with a B.S. from the University of Washington in Environmental Science and Terrestrial Resource Management. During her time at UW, she worked on the Olympic Peninsula for two summers. In 2017, she worked at Olympic Natural Resources Center in their experimental tree plots, collecting data and helping research environmentally conscious ways to manage timber harvest. In 2018, she worked as an intern ranger at Olympic National Park giving educational programs and assisting park biologists. Her main passion lies with wildlife conservation and she doesn’t mind strapping on waders and getting down in the muck for the sake of helping out our local beaver neighbors. 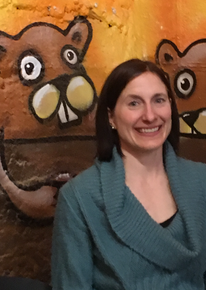 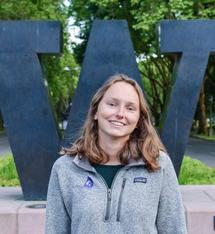 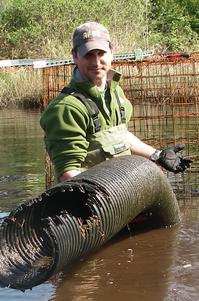